7 Tips to Build Resilience in Your Leaders 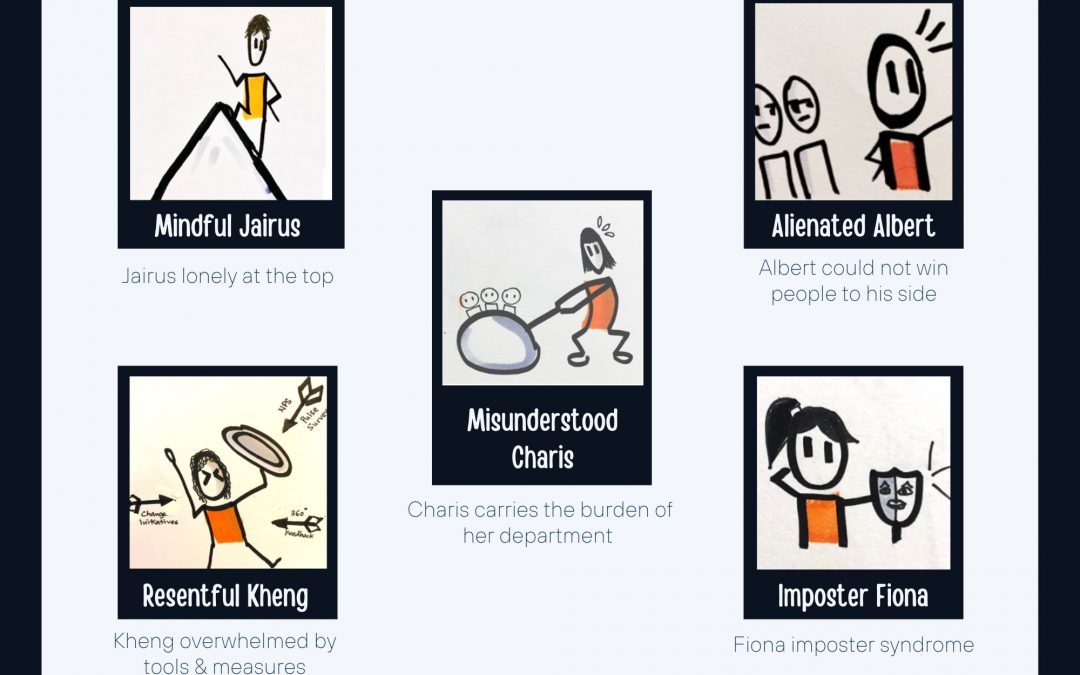 Organisational leaders are susceptible to adversity, including loneliness. There are many scenario and circumstances that lead to leaders feeling lonely while operating in their business environments.

The higher one goes up the leadership ladder, the more susceptible he is to feeling isolated and lonely. This must be grounds for the popular cliché “it is lonely at the top”. Many CEOs and business owners are no stranger to being in positions of isolation.

Renowned global leaders like Tim Cook of Apple, and Howard Schultz of Starbucks, had courageously admitted experiencing loneliness arising from their positions, impact and responsibilities.

The late Stan Lee’s famous quote “with great power comes great responsibility” has somewhat depicted how power correlates to tremendous responsibility on a leader’s shoulder. The air gets colder at the top in organisations.

The Mindful Jairus: A highly reputable leader running a solo sprint with his team lagging way behind, wonders if he is on the right track and if he can solicit trustable feedback from business associates.

The Misunderstood Charis: A reliable leader with highly recognised talent has overworked and burdened, overlooked synergy, and overused talent in executing perfection which made her into an unappreciated micromanager.

The Imposter Fiona: An outstanding female leader among big boys senior leadership is self-conceived her imposter syndrome, feels inadequate or incompetent, insecure, unable to respond intelligently, and not articulate her points nor find the right anchoring.

The Alienated Albert: A new expat leader was too hurried to drive his initiatives in solo – without inviting ownership of his stakeholders. He felt dampened, unsupported, alone, and felt his efforts to bring value are fruitless and unappreciated, unwelcomed and alienated.

The Resentful Kheng: A loyal and faithful manager has constantly judged and hardly understood, did not feel safe in her workplace, and then developed a defence mechanism – an armour that weathers her through countless difficult transformations.

7 Tips to Dealing with Loneliness

Unchecked loneliness might lead to negative outcomes. Leaders could experience burnout, mental stress and vicious cycles of toxic relationships. On the organisational level, teams may have to deal with a leader who manifests his loneliness through inefficiency, avoidance, bullying, or distrust. This list goes on. In the worst case scenario, there are also stories of how some leaders turn to vices like alcohol or drugs, to numb themselves. Some of them even became suicidal.

For organisational leaders weathering a stormy and lonely season, we have seven gems to gift to him. Together, they are called CRYSTAL – seven guiding principles to help leaders build their resilience. 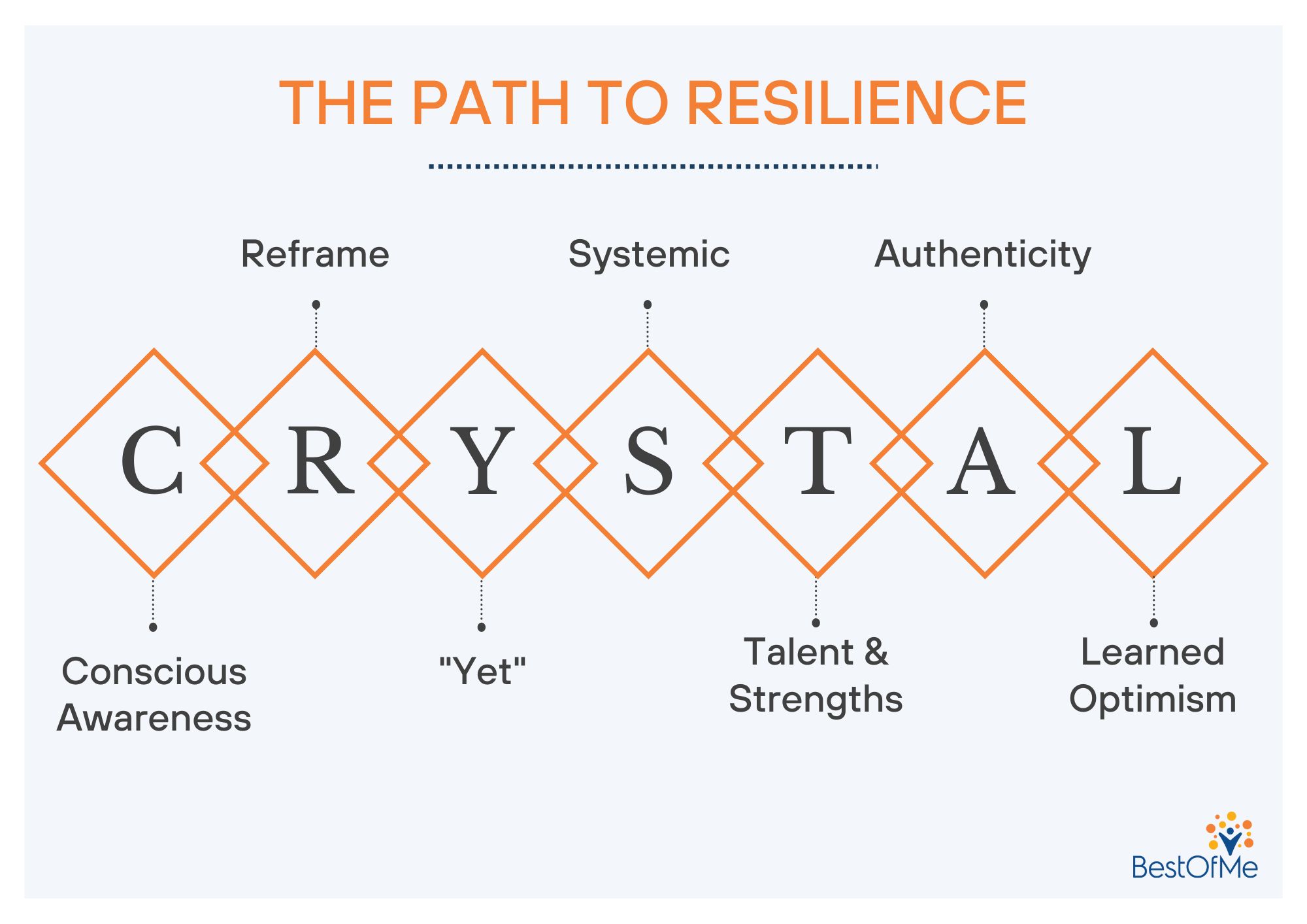 The best way for conscious awareness to emerge is through deliberate reflection in a psychological safe space. This means the leader feels safe: supported and unjudged when reviewing and verbalising his thoughts, circumstances, or uncertainties. It is the awareness that recognises the situations/emotions that confront a leader.

This safe space comes best with a trusted confidante partnering the leader. This trusted partner could be (but not limited to) a professional solution focused coach. A reliable colleague, a worthy friend, even a loved-one can also effectively partner the leader towards his conscious awareness – as long as they respect, listen, and engage in helpful questions and observations in an attentive yet non-intrusive manner. Take the examples of Jairus and Albert,  they quite quickly engaged the help of professional coaches to help them in their reflection and sense-making the moment they sensed unhealthy tensions in their surroundings.

When a leader derives his conscious awareness, it is best coupled with one of the following outcomes:

We all have a frame on how we perceive an event or a situation. The frame constructs our world through our lens. It is important that leaders adopt a healthy paradigm. A frame that consistently gives him a feeling of gloom and bleak would require a reframe.

Reframing is a technique – through our examination of words and assumptions, to healthily construct the frame of how we see the world (or a situation).

Take the case of Jairus. His original frame depicts a lonely leader standing at the pinnacle of a mountain, shoulders heavy with burden, and braving the cold wind all by himself. Now, let’s just give Jairus’ narration a positive reframe: we expand his picture to include his teams at the mountain base rallying for him, while Jairus plants his team flag at the mountain top with honour.

The picture still depicts the original elements: same leader, same position, same mountain. But through expansion and including other empowering elements, the visual of Jairus turns into an exciting one with cheers and victory.

How then could we help the leader get into a positive reframe?

Never underestimate the words we use, it has a significant influence on our mental frames.

For example, take the word “lonely” – and consider the emotional feelings it conjures. Now look at Jairus’ context again, and replace the word with “alone”. Does this give a different meaning altogether? There are leadership activities which require a leader to be in his own space – like visioning, strategizing, or making hard decisions. Many self-initiated leaders these days opt for executive coaching support. Like Jairus and Albert, they simply want to create quality “alone” space for their reflection, to uncover blind spots, or discover new possibilities.

Our assumptions are not always the accurate depiction of reality. In such instances, they pollute our clarity of a situation. We often get the best ah-ha moments, when such assumptions get confronted.

Assumptions can be self-limiting and ought to be called out. Such as Fiona who self-conceived her imposter syndrome. Brief’s confidence questioning techniques can be employed to help Fiona recognise and hopefully remove her self-limiting beliefs:

“Yet” is an empowering word and is especially helpful to boost a leader’s confidence when he has feelings of inadequacy. “Yet” changes a narrative of hesitation into one that brings about possibilities and also has the ability to highlight one’s continuous effort to fight, or thrive, in spite of adversities.

Fiona: I can’t speak eloquently during management retreats. Deep down, I know I’m not really the leader people thought I am.”

Coach: Sounds like, you do not feel you are really the leader people thought you are, yet?

When a leader develops a systemic view of himself within the context of his organisation, it enhances his connectivity with people, especially his key stakeholders. It focuses the leader on a “We” approach and reminds the leader that he is a team orchestrator, not soloist, in his organisational pursuit. Also, do not rush to drive goals or implement initiatives before achieving unity with the people.

For Albert, he could have capitalized his first 100 days as a new leader to listen, connect and understand his key stakeholders and the environment they operate in. More haste, less speed. In his hurry, Albert drove his initiatives in solo – without inviting ownership of his stakeholders. In the end, Albert experienced push-backs and alienation. Albert could have adopted an approach that co-experiments and co-creates his initiatives together with his team. Albert quickly initiated to work with a local coach to partner him for better sense-making of his new culture and colleagues, and to create the right leadership impact before his assignment tenure runs out.

It will make tremendous difference when a leader focuses his initial leadership efforts on norming and setting a clear team charter. This is also the best time to understand and appreciate the existing team and organisation cultures. The leader will be able to find his grounds, create co-ownerships, and identify supporters to his cause.

When we invest our talents with the right skills and knowledge, so as to derive positive outcomes; those become our strengths. Leaders excel in their talents and strengths and should use them constructively to their advantages. However, we should not assume that everyone uses the same excellence yardstick because our talents differ. For Charis, her overused talent in executing perfection has made her into an unappreciated micromanager. As a team leader, she should recalibrate the use of her own strengths, while bringing out the best of others. To expect her team to be like her, Charis had missed the opportunity to cultivate complementary strengths as a team. Synergy was overlooked.

An authentic leader engages relationally, exudes warmth and instils trust. When a leader is authentic, he mitigates the possibility of being isolated. For too long, leaders are made to behave like a superhero. Take Kheng’s situation, she has been putting on a façade for way too long. She could have reconciled with her vulnerability instead of putting on a defensive exterior which ended in a vicious cycle resulting in her isolation.

In fact, only when one is vulnerable then can one continuously learn from mistakes. When a leader bares his vulnerability, he shows more openness, and solicits feedback to improve his perspectives or impact. He also attracts help and support from others.

Being courageous in confronting your discomfort or discontent can help to ease your situation, and make your leadership journey lighter.

Learned optimism has its origin from positive psychology. It postulates how a leader – through a learned process, controls his mind or belief to focus on the glass partially full. A leader’s optimism not only serves himself well, but also the people he leads.

When the going gets tough, be grateful. There are always things to give thanks for. With learned optimism, we can be positively curious. When we are curious, we are self-exploratory.

“A season of loneliness and isolation is when the caterpillar gets its wings. Remember that the next time you feel alone.” – Mandy Hale –

Leadership loneliness is not necessarily catastrophic. In fact, if proactively recognised and managed, it could be an empowering force for leaders. Explore leadership coaching to help your leaders or managers gain awareness, reframe, uncover blindspots, or simply have a sounding board for them to develop and build resilience to safeguard their wellbeing and create business impacts.

Being courageous in confronting your discomfort or discontent can help to ease your situation and make your leadership journey lighter. Be like a plum blossom – you are a symbol of strength through winter, that heralds into spring. Loneliness is just a season. Enjoy thriving. 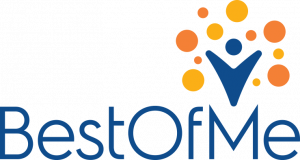 Article is an excerpt from Chapter 2 of the book “Sparkling Moments: Stories of Solution Focused Brief Coaching at Work”, co-written by BestOfMe Coach Diana Chee.

Diana centralises her work around the organisations and individuals she works with. She often adopts a strengths-based approach in her coaching and facilitation. Diana has extensive senior management and human resources experience and has worked across a wide range of industries including oil & gas, chemicals, logistics, trading and manufacturing. She has worked with high-growth as well as sunset business operations. She has also dealt with mergers, acquisitions and companies’ integration. 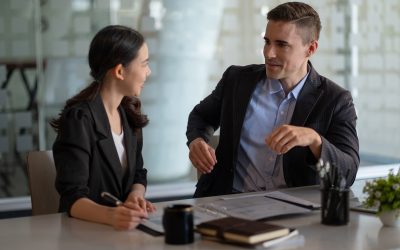 Coaching vs Mentoring: The Distinctive Differences between Them

Mentors and coaches are trusted advisors who support the professional growth of their protégés. But while mentoring... 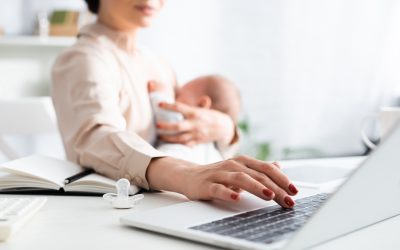 Top 4 Reasons to Help New Parents Transition Back to Work

Coaching has been gaining traction in recent years especially in a post pandemic world. As reported by Straits Times... 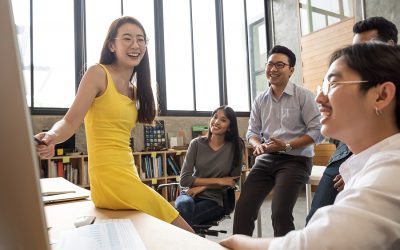 Why Coaching Conversations With Gen Y Employees Are Crucial

According to a report[1] commissioned by the Singapore Tourism Board, three out of four workers worldwide will be...

You have Successfully Subscribed!

By clicking the Subscribe button, you consent to allow BestOfMe to store and process the personal information submitted above to provide you the content requested.